National holidays for the 2nd quarter of 2021 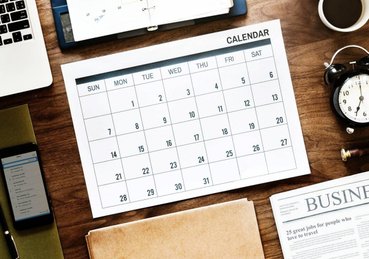 -Container tariffs Asia-Europe are going down.

The tariffs in container liner shipping between Asia and Europe decreased more sharply in the past week, according to two authoritative indexes from Shanghai.

The Shanghai Containerized Freight Index (SCFI), barometer of spot rates, fell to $ 3,712 per teu on this route. A week earlier that was 3966 dollars, a month ago 4281 dollars. The spot rates are almost back to the level of the week between Christmas and New Year's Eve ($ 3797). Since the holidays, which had already led to a rate explosion in the run-up, prices had only skyrocketed. Last week, the level of the China Containerized Freight Index, a barometer that takes into account both spot rates and long-term contract rates, also fell sharply: down 7.5%. The World Container Index of consultant Drewry also shows a downward trend: the average spot rate for a forty-foot container (feu) fell by 1.8% to 5027 dollars last week. 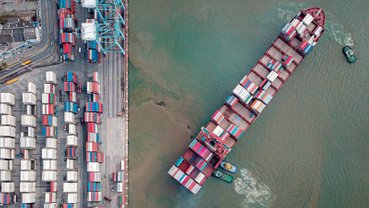 Contract rates in container liner shipping are reaching "historic heights," Norwegian data platform Xeneta says, based on its January statistics. Import tariffs in Europe showed the largest increase in history with a month-on-month increase of 19.3%, Xeneta said. Worldwide, that growth was 5.9%.

Xeneta speaks of a "breathtaking development" and says that the rates in long-term contracts can "temperatures" well thanks to current data from major shippers such as Unilever, Nestle and L'Oréal. The data platform claims to use 200 million different data points. Meanwhile, the spot tariffs in container transport, which exploded in the autumn and rose sharply until the beginning of this year, are actually on the decline. The Shanghai Containerized Freight Index (SCFI) set the average tariff for a container from Shanghai to Northern Europe on Friday at $ 4,276 per teu, down from $ 117 from a week ago. Long-term contracts Xeneta already advised shippers at the end of November to take a close look at contract negotiations with the container shipping companies due to the high current price level. Again, the Norwegian data company states that "flexibility pays off" and that shippers would be wise not to "commit 100% to long-term contracts at the highest rates of all time". 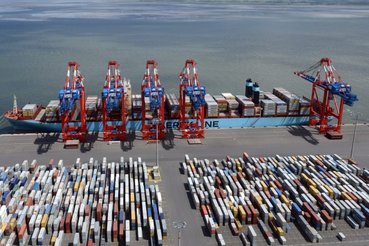 Rates keep rising from the Far East, It's annoying for importers in Europe but we are also looking further in these difficult times. We are very positive and our customers know this, That is how we get further and find the space we need to book our containers. We still have opportunities from the far east through good and strong relationships with the carriers. Contact RifBV for a good and strong service, also from the far east.

Despite this constantly changing market, the challenges for freight forwarders in Europe are also great to meet the necessary needs for our customers with the current rate levels we need to deal with. We will at all times ensure that we provide the best solutions to our customer, even if this is sometimes more expensive or less atractive than our customers are used to, we will provide a suitbale solution for this group of importers and cargo stakeholders in the European market to keep moving forward. "According to the CEO of Rif BV" 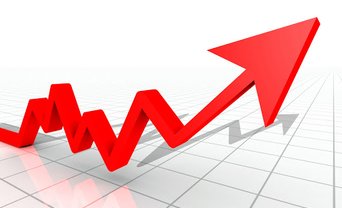 -Rates for Import to

The Jacques Saade of the French shipping company CMA-CGM is 400 meters long and can take 23,000 40ft containers on board. Yesterday evening the ship moored at the Tweede Maasvlakte in the port of Rotterdam. It is the first large container ship that does not run on heavily polluting fuel oil, but on liquefied gas (LNG). While it takes containers on board in Rotterdam, it can simultaneously be bunkered with natural gas that has been liquefied at a temperature of -162 degrees Celsius. With a 'full tank', the container giant can travel back and forth to Shanghai; that is twice 19,000 kilometers. The Port of Rotterdam Authority is pleased with the arrival of the Jacques Saade, especially since the French shipowner will have twenty of these types of ships sailing around in two years. In the last ten years, Rotterdam has invested heavily in the availability of LNG in the port. Vopak and Gasunie have opened the so-called Gate terminal for LNG and there are now nine 'tankers' that can supply cargo ships with liquid gas. 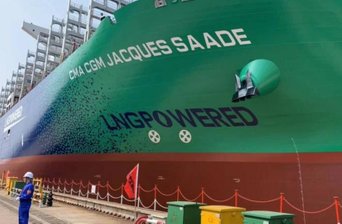